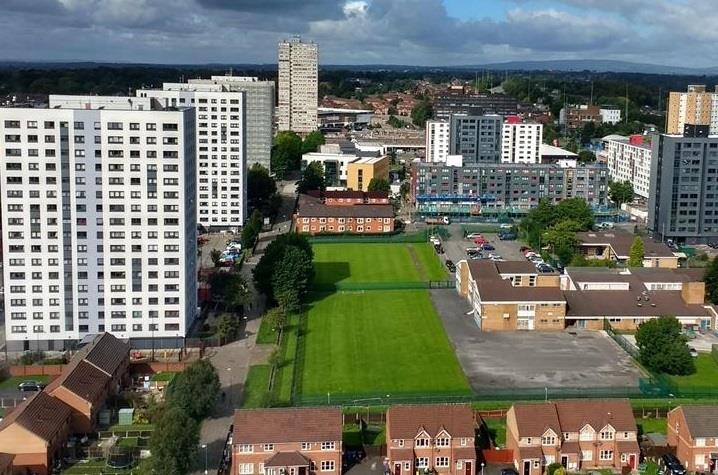 Pendleton is one of the more densely populated areas of Salford with a large number of high rise apartment blocks, many of which have seen significant investment and improvement in recent years. The area has been identified as one of the key areas for regeneration in the city, and the work that has taken place has greatly improved the look of the neighbourhood.

Traditionally, Pendleton was heavily involved in the coal mining industry, leading to Pendleton Colliery having the deepest shafts in Great Britain at 3,474 feet the at the beginning of the 20th century.

Pendleton is home to Salford Shopping Centre, the largest shopping precinct in Salford which contains 81 popular high street stores and outlets, including Argos and Boots. The area has two colleges- Pendleton College and a Salford College campus.

Another area that has seen extensive regeneration, Pendleton stands out as a refreshingly affordable place to live in Salford and is popular with both landlords and people looking for houses or flats to rent in the city.

To Let The Hive, Cromwell Road, Charlestown, Salford, Greater Manchester, M6 ££381 pcm
View All Areas Property to rent in Pendleton Get Email Alerts for this area